Check out my stop on the blog tour for When Life Gives You Lemons Instead of Lattes by Rayna York!

When Life Gives You Lemons Instead of Lattes
by Rayna York
Genre: YA Contemporary Fiction
Release Date: July 2nd 2020

What if losing everything you have is exactly what you need?
Kylie’s summer after high school graduation was supposed to be celebrated in Europe, not some podunk town in Ohio. But when the FBI shows up at her parents’ California beach house looking for her father, the life she’s known, suddenly disintegrates.
With the family assets frozen and her father on the run, the only place left to go is a dilapidated house that once belonged to her great-grandmother. Now her family is broke, her social status is in ruins, and the only internet access is at a café where a nerdy barista boy wants to be her new best friend.
But life has a funny way of teaching its lessons, and being catapulted into this new reality might be the help she needs to learn that sometimes you have to let go of everything you know to discover what is real.
With unlikely friendships, family secrets, and a budding romance, Rayna York crafts a heart-warming story about the deception of appearances and starting over in unexpected places. Perfect for YA fans of Sarah Dessen and Kassie West.

She informed us yesterday that we could only take one suitcase each.

How am I supposed to do that? I have a massive walk-in closet—my shoes will take at least two.

I throw a large duffel bag over my shoulder and, pulling the biggest suitcase I could find, bang my way down the stairs, one mahogany step at a time. Harlow’s already standing next to Mom, a small suitcase at her feet. She looks up at me with a crooked smile.

Yeah, she gets me.

My horrid grandparents’ wouldn’t return my mother’s calls nor my own, but were kind enough to have their lawyer draft us a formal letter. It said that if they take us in, or help us in any way, the investigation would involve them, and they wouldn’t dare do anything to tarnish their family name.

Luckily, Mom is part of a support group—what for, I don’t know. They donated a car and gave us enough cash to get to where we need to go. The destination being my great-grandmother’s old house in some podunk town in the Midwest. Apparently, she died about a year ago, and she left Mom the house. I never knew her—my dad said I wasn’t missing much.

“Are you ready?” I ask Harlow when I reach the bottom step. She looks up at Mom, then down at her feet. “It’s going to be fine, Bug. It’s an adventure, you know?”

“I guess.” She doesn’t sound convinced.

“Okay.” Mom picks up her suitcase. “I think we have everything, so let’s get going.”

I’m the last one out and debate whether to shut the door. Maybe a kick-ass storm will blow up, whip through it, and destroy everything inside. Or better yet, a drug dealer might come across it, turn it into a crack house, and accidentally blow it up. Either way works for me. I leave the door wide open.

I stop short when I see the car that is supposed to be transporting us all the way to Ohio. “Are you fricking kidding me? Where the hell did you find this pile of junk? It must be like five years old! And it’s so tiny!”

I raise an eyebrow at her like, excuse me?

“You’re lucky we didn’t have to take the bus,” Mom bites back.

“And that’s supposed to make me feel better? You sure it will get us there? It’s not even an import.” And it’s red! A color that should be reserved for sportscars.

Mom stops what she’s doing and glares at me. “Really?”

“What? What’s wrong with me wanting to get there in one piece?” I swear the bumpers look like they could fall off at any moment, and there’s a crack at the base of the windshield.

She shakes her head at me, unlocks the trunk, then moves to the driver’s side. I lift Harlow’s suitcase in, pushing it back as far as it will go. Mine weighs a ton, and Harlow has to help me load it in.

“Mom,” I whine when my duffle bag won’t fit, “there isn’t enough room.”

She comes around. “I told you to bring one suitcase.”

“I did! One suitcase. This is a duffel bag.”

“Your suitcase fills the entire trunk!”

“You didn’t specify a size.”

She growls. “Fine. I’ll put mine in the backseat, which means less room for Harlow.” My sister glares at me. “What’s in the duffle bag?” 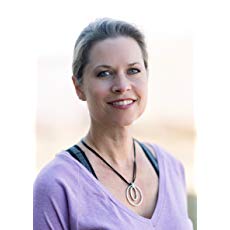 About the Author
Rayna York grew up with hippie parents that liked to adventure, so being the new kid was always a challenge. Where change was the norm, books were her constant–a way to escape. As an adult, many careers came and went, but writing has always been her passion. Everything I knew to be true is her first published novel.
GIVEAWAY:
a Rafflecopter giveaway https://widget-prime.rafflecopter.com/launch.js