Check out my stop on the blog tour for Dabsy on Society by Kenneth R. Leonard, Sr.! 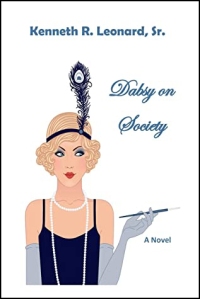 Helen “Dabsy” Dabson was young, beautiful, and wealthy beyond belief; everything needed to embrace the opulence of the Roaring Twenties. Birthed into a life of privilege, Dabsy spent time with friends smoking, drinking, and engaging in merriment. Easily bored, Dabsy willingly broke with tradition to try anything that captured her attention. Already a fun-loving socialite with a conscience, Dabsy decides to take over the society pages of her uncle’s newspaper. She quickly discovers that what started as a lark has turned into a crusade to report the news. Will Dabsy’s avid curiosity put her life in danger? 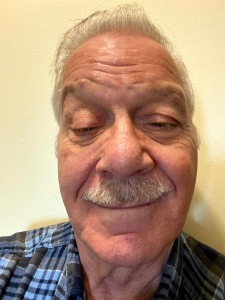 Kenneth R. Leonard, Sr. is a retired elementary teacher and guidance counselor. An avid writer, Ken’s published work includes a three-volume series, The Bible in Poetry for Those Who Do Not Have Time to Read the Bible; and novels Seth Bromley: Circuit Rider, Fool’s Gold, Missy, and A Bullet for My Brother. Originally from the Appalachian Mountains in Pennsylvania, Ken currently resides in Columbus, Ohio.